9,380 graves of United States Soldiers who died in the invasion of Normandy are located at the American Cemetery overlooking Omaha Beach.

Some of the scenes in the video below are photos of temporary grave sites at various locations before the bodies were brought to the American Cemetery.

See link below for information/videos from American Battle Monuments Commission:

We thank those who sacrificed their lives, so that we could live ours!

The HMS Belfast is a British “light cruiser” that supported the D-Day landings in Normandy. It is currently located in central London, on the Thames River.

The gun battery at Longues-sur-Mer controlled the Gold and Omaha Beaches. Had these guns not been disabled, many more Allied lives would have been lost on D-Day.

According to Stephen Ambrose in his book D-Day, at Omaha (Beach), one in nineteen of the men landed on D-Day became casualties (40,000 went ashore; there were 2,200 casualties)! 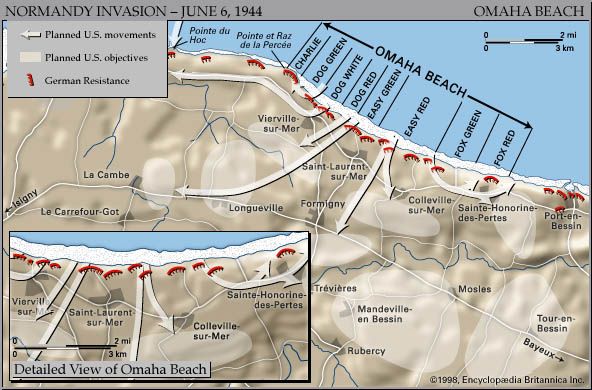 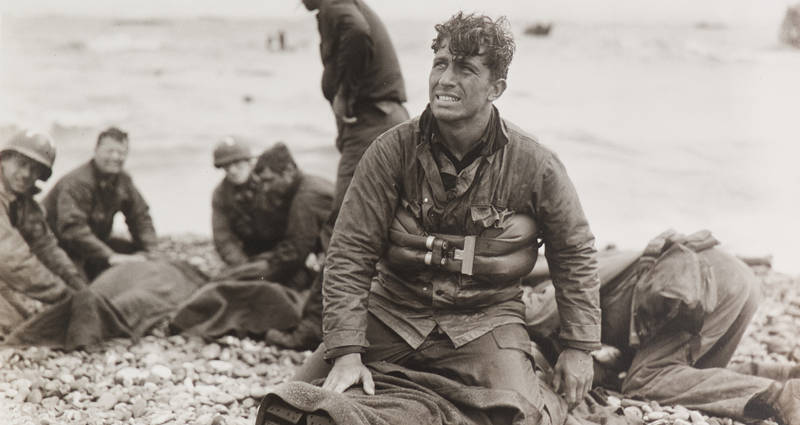 “War is a waste. Men and equipment-and generals-are expendable so long as their destruction or death contributes to the ultimate goal of victory. At Omaha Beach, they were expended in fearful numbers. Hundreds of young men and boys, trained at enormous expense, were killed, many-perhaps most-of them before they could fire one shot. Equipment losses were staggering. Hundreds of tanks, trucks, self-propelled artillery, jeeps, and landing craft of all types went to the bottom or were destroyed on the beach by German artillery.”(Stephen Ambrose-D-Day)

“Watching the American landing  craft approach, the Germans defenders could hardly believe their eyes. ‘Holy smoke-here they are!’ Lieutenant Frerking declared. ‘But that’s not possible, that’s not possible’.  ‘They must be crazy’, Sergeant Krone declared. ‘Are they going to swim ashore? Right under our muzzles?'” (D-Day by Ambrose) This is one of the most compelling stories from D-Day, June 6, 1944

Stories from the book “D-Day” by Stephen Ambrose are used to illustrate the feelings of those who participated. The interviews of the veterans are from personal interviews by the author.

I was able to tour Winston Churchill’s War Room. An underground bunker which provided all the “basics” that the Prime Minister and his staff needed during WWII and the Battle of Britain.

Some of the most interesting items: